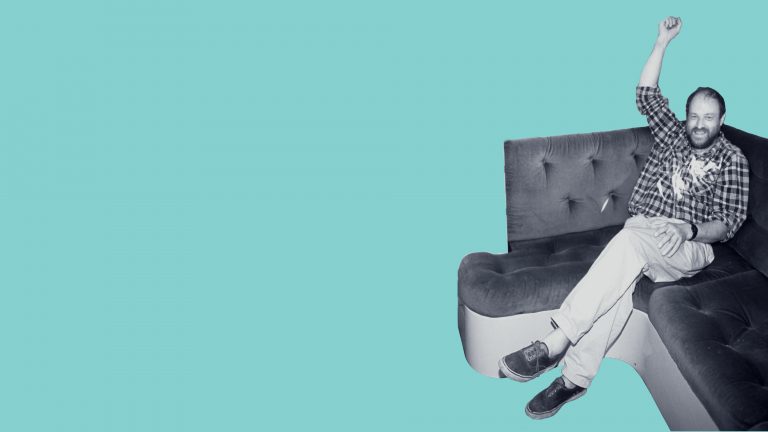 AND THEN THERE WAS ONE

TWIN RUDDERS: A STORY OF OCEAN FAILURE. DICK DURHAM REPORTS ON THE LOSS OF A RUDDER IN MID-ATLANTIC

From the wide Atlantic to the frozen Arctic Circle, from the sunny Caribbean to lowering skies of the Outer Hebrides, many of Roy Hart’s adventurous voyages have started in a waterway no wider than a drainage ditch.

It’s to the heart of the Essex marshlands in the UK that I head in order to hear his story of mid-ocean rudder failure.

It is high water at Battlesbridge and the reeds of the River Crouch are upright. Soon they will tilt eastwards as the ebb comes away. ‘We’ve got bass here now,’ says Roy proudly, waving a disfigured hand across the water which laps at the brickwork of his converted tide-mill as he shows me into his study.

On the ancient walls surrounding us are half models of some of the yachts this intrepid British sailor, now aged 74, has owned. There’s Victory, the 12-metre built by tycoon Peter de Savary for the 1983 America’s Cup.

It was on this yacht in 2001 that Roy lost the top of a thumb when the aluminium boom jumped from its crutch, as the mainsail was being set. It chopped off the digit as it dropped onto the wheel where his hand was. I was there when it happened, and although Roy was taken off in a RIB to hospital, he was soon back onboard. On learning that the surgery would keep him away from the America’s Cup Jubilee racing in Cowes, something that he’d waited so many years for, he told the plastic surgeon to forget the thumb and he turned up for racing on time, but with a bandaged and modified hand instead!

Then there’s Greensleeves his Memory 19 gaffer, a fast little boat which Roy has deployed successfully in many Old Gaffer Association events. The 50th Anniversary of the OGA which included a cruise right round Britain, many legs of which Roy sailed, much to the disapproval of several of the OGA bearded cognoscenti, who thought her too small for offshore passage-making.

And there’s Moon Boots, Roy’s Sadler Barracuda in which he and I sailed to Norway for the midnight sun celebrations on June 21st 1999. What I did not know then was that Moon Boots had lost her port rudder just three years before during an Atlantic delivery trip.

“I’ve always been an outsider” says Roy, looking thoughtfully out at the first of the ebb turning his restored mill wheel.

He has certainly sailed his own course and has made a name as being unorthodox, to say the least. The successful ski-wear trader, who made a fortune selling footwear used by female Scandinavian fish-gutters to ski-fanatics for walking through snow, which he renamed Moonboots, is a generous seaman. He has regularly helped sailors in trouble, including myself. On a trip on my old gaffer Wendy May, I sustained severe damage on the rudder, Roy dropped everything and made me a temporary rudder which we jury rigged and got the old girl home. He has also raised many thousands of pounds for the RNLI.

He has had so many adventures while completing AZABs, Round Britain Races, Yachting Monthly Triangle Races, Solo Trans-Atlantics and can count among his friends Sir Robin Knox-Johnston, the first person to sail single-handed and non-stop around the world. It’s hardly surprising he had completely forgotten about losing a blade rudder.

I stumbled across the tale recently when I ran into one of Roy’s old crew, Dick Smith, who told me the story, but I wanted to hear it from the horse’s mouth ( Roy himself ).

The Sadler Barracuda 45 was an iconoclastic Tony Castro design of the late 1980s, with double-skinned ‘unsinkability’, a hydraulically-operated lifting keel, and twin rudders. One of only nineteen built, it featured in the TV soap opera, Howard’s Way.

But it wasn’t kitchen sink drama that attracted Roy, it was her turn of speed. With her long waterline length and shallow displacement hull, she went like a rocket when off the wind. I well recall sailing Moon Boots at 10 knots for hour after hour as we screamed across the North Sea to Kristiansand, however, beneath the finger-light wheel was a steering arrangement which could be potentially disastrous.

In 1996 Roy, his wife Julie and son Justin sailed Moon Boots across the Atlantic to the Caribbean to take part in Antigua Week. Arriving In English Harbour, Roy, in his classically unorthodox non conformist style, laid his own mooring picking up some old disused ground tackle for his mooring. This old heavy chain was believed to have once been laid by Lord Nelson to his hurricane anchor.

At the end of Antigua Week, Julie flew back to the UK leaving Roy and Justin to bring Moon Boots back to her mooring in Benfleet Creek, Essex.

They plotted a course for Bermuda, but as they closed the island, they faced headwinds for the last 90-mile stretch, so Roy eased the sheets and instead they shaped a course for Horta in the Azores.

A day later they were hit by a south-westerly storm.

‘I was pooped for the first time in 100,000 miles of ocean sailing,’ Roy recalled, ‘but I had fitted extra cockpit drains, so the water ran away quickly.’

After the storm passed, Roy heard a ‘funny noise’ as he steered Moon Boots and upon inspection found the three-inch stainless-steel stock of the port rudder had sheared clean off.

‘We hadn’t actually lost the blade, it was hanging there flapping about on the shoe. It was worse than useless’. Justin said, ‘as we are only 100 miles off Bermuda, maybe we should head back’? I told him the boat was sound, at least we have one rudder left, we’ll carry on.’

The Sadler Barracuda rudders did at least have skegs, so the rudder hadn’t fallen away to the sea bed some 2,000 metres below and Roy was able, eventually, to salvage the blade. Had this happened on the popular modern designed twin blade rudders, he would have lost the blade altogether, because most, if not all, yachts in production today feature twin blade rudders that have no skeg to protect them at all, or stop them falling off completely if they shear.

I have covered several stories over the years in which twin rudder systems have failed and the crew have sent out a Mayday, been rescued by a ship and abandoned their still-floating boat. One couple even insisted staying on their sinking vessel until their insurer confirmed they would be paid out!

Roy Hart is made of sterner stuff.

‘My theory is the port rudder failed because the boat was on a drying mooring and she was port-side to, against the bank, and that the rudder which took all the weight every time she dried out with each tide, and I think this may have caused metal fatigue,’ he told me.

Roy and Justin then faced four days of flat calm. ‘We were both quite depressed,’ Roy recalls, ‘we thought the wind would never return, but as I lay in the saloon on a lovely warm evening on day four of the calm, something felt different…then I heard Justin say: “We’ve got a breeze, Dad.’

Justin had to return to the UK on business and so Roy was joined by Dick Smith, an old friend and long-time offshore sailor, who flew out to join him in the Azores. They moved the boat to Ponte Delgada, capital of the Portuguese archipelago, and using cargo nets on each end of the 45ft hull, Roy had Moon Boots lifted by two giant quay cranes. As she started to clear the water, he decided it might put too much strain on the hull and so had her dropped back in.

‘I decided that if we could cross 1,000 miles of the Atlantic on one rudder we could continue to Falmouth,’ he said.

A further nine days saw them in that West Country port, where they stopped for provisions and then continued up Channel and into the Thames Estuary where Moon Boots was hauled out at Benfleet and the rudder stock welded back on.

I must confess I would have been very reluctant to push my luck as far as Roy did in his severely damaged yacht. Perhaps it was a testament to his very competent sailing skills, or perhaps he was just lucky that he didn’t encounter any heavy weather whilst his yacht was so badly disabled, but whichever, one must respect his determination to never give up. No doubt many others would have diverted the 100nm to Bermuda, or called for assistance before reaching the Azores.

*This is a salutary lesson about the weakness of the twin rudder system. If the wind had been in the opposite quarter…from the east…then the boat would have been much more difficult to steer, as her remaining rudder, the starboard-hand one, would have been partly out of the water.

Rescue out on the open ocean, should never be relied upon.