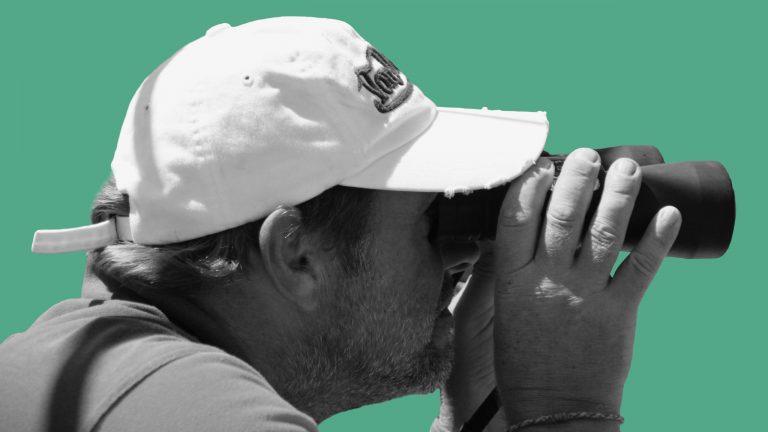 I’m looking at a perfectly tooled paperweight of a schooner suspended in turquoise glass, but then a bikini-clad woman walks along the deck and jumps overboard. This is no ship-in-a-bottle, this is reality. A reality that Dutch-born sailor, Rene Tiemessen, has created on his website, www.flaka.nl, for his cruising business aboard three luxury Turkish gulets. The vessels are based on the traditional fishing and sponge-diving craft that once worked the Aegean Sea. Today, these wooden craft pamper folks instead of packing fish, luring those seeking the real Mediterranean, from all over the world to the colourful port of Bodrum, home of the first historian, Herodotus.

With his wife, Edith, and daughter, Devi, living aboard with him, Rene, a larger-than-life character, seems to exist in a marine idyll. However, for the bluff, but friendly 57-year-old, whose direct and salty approach has gained him many friends on the waterfront of the Turkish Riviera, a life of voyaging has had its darker side.

Time was when he and Edith lived aboard Alondra, a 60ft (18.30m) classic wooden sloop built in 1965 and designed by Philip Rhodes. In her they cruised the Mediterranean.

They left the Med from Turkey in 2007 to sail down through the Red Sea across the Indian Ocean to South-East Asia.

On this passage poignantly, as it turned out, they met Paul and Rachel Chandler, a couple from Tunbridge Wells, Kent, UK, who were cruising long distance in their Rival 38, Lynn Rival.

‘We sailed with them down the Red Sea,’ Rene told Ocean Sailor, ‘I recall they were pretty reckless, camping out in bays they shouldn’t have been in. They had been warned about piracy. I had warned them myself. They were nutters, stupid. The Yemeni Coastguard were furious’.

Two years later, in October 2009, the Chandlers’ luck ran out. They were taken hostage by Somali pirates as they left the Seychelles bound for Tanzania. After more than a year in captivity, they were released following the payment of a ransom, which the BBC reported as being $1 million (US). They then sold their story to a newspaper, wrote a book and were involved in the Netflix documentary, ‘Captive’, all of which infuriated Rene. ‘They were irresponsible,’ he said, ‘their actions made things worse for all other cruising sailors in the area’.

Rene had cruised the Gulf region before and made it a rule never to carry weapons. He said that in the culture of the Arabian Peninsula the locals look on life and death in a completely different way to Europeans and they all understand how to use guns.

‘A Sudanese nomad barely has a place to live, they bury four out of five of their babies, it’s not a big drama. Eritrean tribes carry medieval swords and they’re not for peeling potatoes. Yemenis all wear daggers and carry guns openly. Many are under the influence of the drug khat, they’re not capable of being rational. If you carry a gun you are already one to nought behind the local. As the tension grows and you naturally hesitate, you give him the opportunity to pull the trigger, he is going to do it quicker than you’.

Another reason Rene refuses to have a gun onboard is the fear of using it against innocent seafarers by mistake.

‘Ninety-nine per cent of boats in that area have high powered outboard engines. Once a skiff came speeding out towards us and her crew were all wearing balaclavas. I was very worried until they asked for water! They had been following dolphins – which means the fish are about – and had gone further out than planned.’

On another occasion in the Bab al-Mandab Strait between Yemen and the Arab Peninsula, which connects the Red Sea with the Gulf of Aden, matters became more serious.

‘A skiff came out to us and one of the crew held a gun. He demanded I stop. I sent Edith and our crew Nadia below immediately’.

Edith quickly set about hiding passports, computers and cash, ‘which they would have found anyway,’ said Rene.

‘This pirate was pointing a Kalashnikov at me. I just started screaming and yelling: “Don’t put your gun in my face”. I was shouting very, very loud. Loud as I could. This guy looked at his mate as if to say: “What’s happening? He’s not giving in. What do I do?” and his mate just shrugged his shoulders’.

Mercifully, the attempted heist was over and the boat sped off. Note from Dick B: If you have seen, as I have,  Rene shouting and screaming at people you will understand why they cleared off!

Rene radioed a mayday saying they were under attack, but cancelled it once they realised the pirates weren’t coming back.

In 2011, the piracy problem really exploded. ‘Suddenly large vessels were hijacked all over the Indian Ocean, boats felt under threat,’ Rene said. He and Edith, now with a toddler, daughter Devi, were planning a return to Turkey from Thailand via Sri Lanka and the Red Sea. As veterans of this particular passage, they were asked by other sailors they knew to organise a convoy. ‘We thought there might be security in numbers’, said Rene.

Rene agreed to chair a meeting and provide a briefing for the skippers of 40 boats but was amazed when 300 people turned up.

In the land of the blind the one eyed man is king’, and I became the one eyed king’ Rene said.  We’d sailed this route before, of course, we knew more than the other skippers that hadn’t, but suddenly I became the ‘go to’ guy for every problem that occurred’.

For the critical area, Rene organised groups into mini-flotillas of up to six or seven yachts, motor-sailing 100 metres apart in a diamond shape, with pre-arranged waypoints. ‘It was a big task and the pressure on me grew’, said Rene.

The pressure continued to crank up on Rene, before they had even set off he had been asked to fix a gearbox, another to check out some rigging, plus a myriad of other requests. Once we did all set off, when there was a slight wind shift, Rene told me ‘my radio exploded with people asking what they should do? It was as though the threat of piracy had caused a diminution of responsibility. They had become the children following the pied piper’ as Rene bluntly put it.

The flotilla avoided crossing the ocean and instead coasted around India and Pakistan, which Rene considered to be a safer route.

At one point, before they were going into the danger zone, Alondra fell behind the main convoy due to engine problems. They caught back up after 2 -3 days when they were off Muscat, but Rene noticed he wasn’t being kept in all the communications.  After questioning what was going on, he discovered one of the sailors in his convoy, a Brazilian yachtsman, had a rifle with him, and had convinced the other yachts to make Molotov cocktails to throw at pirates if they were attacked.

‘It was surreal, we knew there were local tribes having fire fights with Al Qaeda gunmen with Kalashnikov machine guns, and before we had left we had all agreed not to carry weapons, but now I hear about this guy who’d concealed a gun on board and has been seen flashing it at fishermen. I told them all that they could do what they wanted, but that I would not continue with them unless they threw away the petrol bombs. I told them I would rather go alone than invite certain disaster trying to fight organised pirates armed with RPG’s and automatic weapons with one field rifle and some homemade petrol bombs. I told the Brazilian skipper whatever the group decided I would not sail with him unless he threw it overboard immediately’.

All, including the Brazilian guy, saw sense and the convoy, as one, continued on towards the Gulf of Aden.

All was well until they were off Oman, then the nightmare they had all feared unfolded when they were surrounded by six pirate skiffs.

‘I put in a desperate call to a ship from the Dutch Navy that we knew was in the area. I asked for help from the Marines who I knew could assist in fast RIBS. I even offered to pay for the fuel, if they would assist and accompany us through the critical area, but all my desperate pleas were turned down’ Rene recalled.

‘Nobody wanted to help us, even though the Indian Ocean was packed with warships from the NATO alliance including the US, the UK, and the Netherlands, as well as India and Japan. We called them all while the skiffs circled the convoy for over an hour. The tension and the fear was unbearable, but for whatever reason, they never closed in, and as one, all suddenly left’.

The stress of being responsible for so many yachts and their crew took a heavy toll on Rene’s mental health.

‘Even when we eventually anchored back in Turkey I hardly moved from below decks and couldn’t face hoisting the sails at all. I was exhausted from the tension. I couldn’t sleep, I continually had anxiety attacks, I was afraid of the very water that was my home and my playground’.

‘I didn’t realise just how severely this had all hit me. I did eventually come out of it, but with the light of hindsight this was one adventure I wish I had not embarked on, but we don’t always have such vision do we? I’m now sailing again and loving my life here in Turkey’, Rene added.

A note from Dick Beaumont:

I know the impact this voyage had on Rene and Edith both, and I’m very glad to tell you they are back on top form. Rene has recovered his voice fully! It’s not only pirates that run away when he’s not happy, eh Edith?