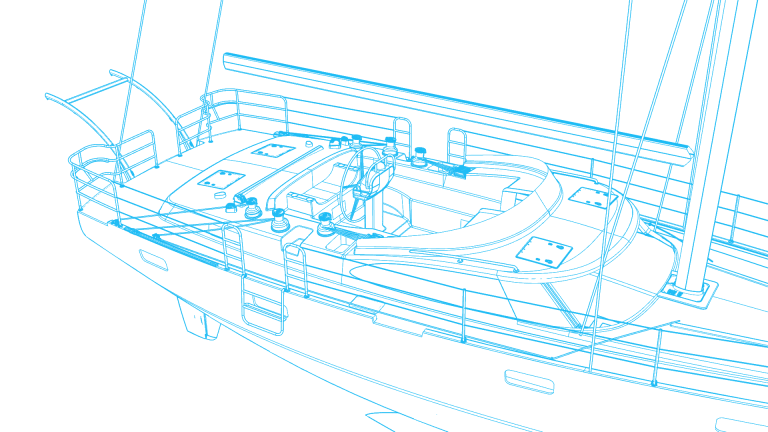 At Kraken, we believe the biggest risk to the safety of a shorthanded crew is the necessity to leave the cockpit to attend to sail setting or furling. Our mission is to design the cockpit and its systems in a way that both eliminates that and also allows a single helmsman to sail the yacht entirely without needing to wake other crew to assist them. We believe this is vital for short-handed sailing. With only two crew, whether you sail 3 or 4 hour watch patterns, having your off-watch sleep broken to go and assist reefing a sail is not conducive to enjoyment. It can seriously compromise safety if the helmsman tries not to disturb the other crew and extends, for example, a sail reef beyond when it would be good seamanship to do it.

To that end, all Kraken yachts’ cockpits are designed so that one person can carry out nearly all of the helm and sail functions alone.

To accomplish that, almost all running rigging is led to the cockpit. In fact, with some pre-departure tuning and setting up, you can sail a Kraken across the Atlantic, on all points of sail, without leaving the cockpit.

Let’s talk about how we achieved that.

Designing a boat is always a compromise, and in the cockpit, the balance is between the ergonomics of operation, available space and styling.

To achieve the best possible ergonomics all lines necessary for 99% of sailing, are led to the cockpit. On a cruising yacht this means that lines that are not in regular daily use, such as Jib and Genoa halyards and mainsail outhaul, if slab reefing is used, can be terminated on the mast rack. They are however still operated from the cockpit by an interchangeable tail line, this reduces tripping hazards, loads on the rope channels and the amount of hardware to go wrong.

On a sailing boat, space is always at a premium. This is why we designed the rope channels to be as small as possible while maintaining the required strength to support the load. We have designed a custom set of line handling hardware which fits into the channels and optimised the build of the corner window mullions so that they do not impair vision.

Mainsheet Winch Group (Yellow)
This group consists of the mainsheet, traveller control line and foresail furling lines. These lines are operated by the two mainsheet winches located either side of the aft end of the cockpit and can be operated by the helmsman. Each line in this group also has a clutch located within reach from the winch.

Primary Winch Group (Green)
All foresail sheets go to these winches. They are located centrally along the cockpit and provide easy access for both the helmsman and crew. None of the sheets feature jammers or clutches, so there is no additional hardware to manipulate during tacks or sail trim. A change from our previous design was to run the jib sheets outside on the side decks instead of inside the rope channels. The reasons for this are as follows: by running on the side deck, we simplify the route of a line that will work a lot during sailing. The jib sheet is the single hardest working line, on a K50 the jib sheet can experience 2,500kg of load, that’s over 600kg more than the next hardest working rope that runs inside the rope channel. By removing the jib sheets from the rope channels, we managed to reduce the rope channels size which, in turn, improved the visibility from inside the saloon.

Secondary Winch Group (Blue)
The most forward pair of winches operate the main halyard, topping lift, vang, reef lines, flying sail halyard and the halyard rack tail line. All of these lines will not usually be used when gybing or tacking and therefore their controls do not need to be as close to the helmsman as the others mentioned above. If sails do need to be hoisted or dropped, even then, only one extra crew is required, since modern autopilots can be set to steer to the wind thus allowing both crew to attend the halyards.

Lines that terminate on mast (See Fig 2)
Some halyards run onto the mast rack. they are controlled by an interchangeable halyard ‘tail. The purpose for doing this is two-fold: a) to keep the cockpit clutter to a minimum and b) adjustment of the halyards on the mast rack can be left for fair weather conditions. We also have the slab reefing mainsail outhaul on the boom (only on slab reef systems) it is a 16:1 cascade inside the boom and comes out at the bottom of it as a 6mm Dyneema line that can be hand tightened, cleated off and for most sailors, forgotten about until its necessary to remove the mailsail fully. The truth is that if it’s tight it’s OK and the only time you will want to loosen it is when the wind is light, so chances are the sea is calm too.

The other lines that terminate on the mast are the lazy jacks and whisker and spinnaker pole control lines. Again, these lines are for functions you do not need to worry about in heavy weather sailing. We have provided all the necessary hooking points throughout the yacht to reach any part of it while always being clipped on with a 1.2m tether.

The design of the rope channels is by far the most challenging part of the whole arrangement. The strict design criteria of strength, longevity and serviceably as well as minimal impact on the interior space, means the design went through numerous iterations before arriving at the final form.

The purpose of the rope channels is to carry ropes coming off the mast back to the cockpit to where they can be controlled via two banks of clutches and a pair of secondary winches. The channels must achieve that with minimal additional friction to the rope. At the same time, any deflection greater than 60 degrees will result in a load on the deflection point higher than the original load from the sail. This means that, if the sail is pulling 2000kg on the halyard the block at the deck level with a 90degree deflection has to withstand 2820kg of static load.

One of the driving decisions for the rope channel design was to use bullseye fairleads throughout the system to divert the lines. The only exception to this was the deck ring where a fixed halyard block was used as the deflection was 90 degrees. The use of fairleads like this gives us two major benefits (See Fig 4):

The material we use for the custom fairleads is a type of a non stick anodised aluminium. The material must be impervious to tens of years of use, very strong and ‘slippery’ to allow the lines to slide through them with minimal friction.

The rope channels are moulded into the deck and coachroof with access to them via removeable deck panels only so they are 100% watertight.

The window mullion section of the rope channel acts as a structural member in itself. This eliminates the “doubling” of structure in a critical area. The result is a GRP box section of 120x100mm with walls averaging 12mm thickness. This is connected with laminate to the foredeck and the saloon coach-roof. 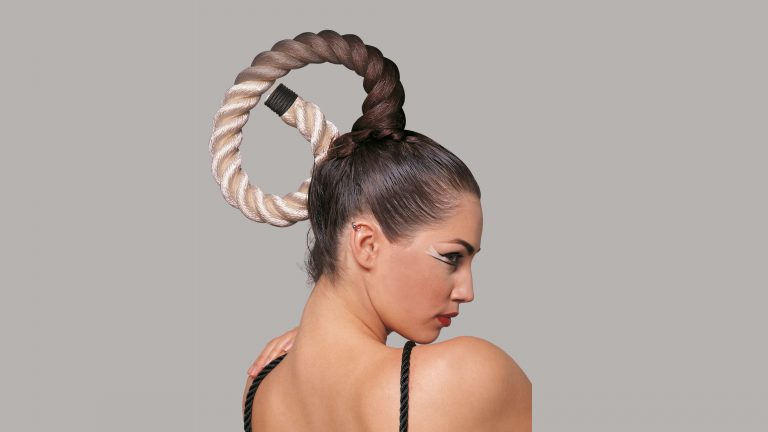 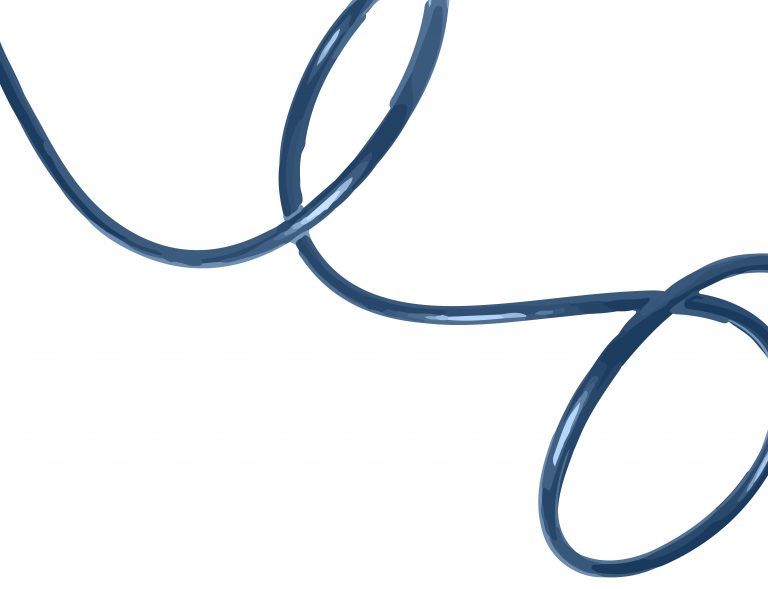 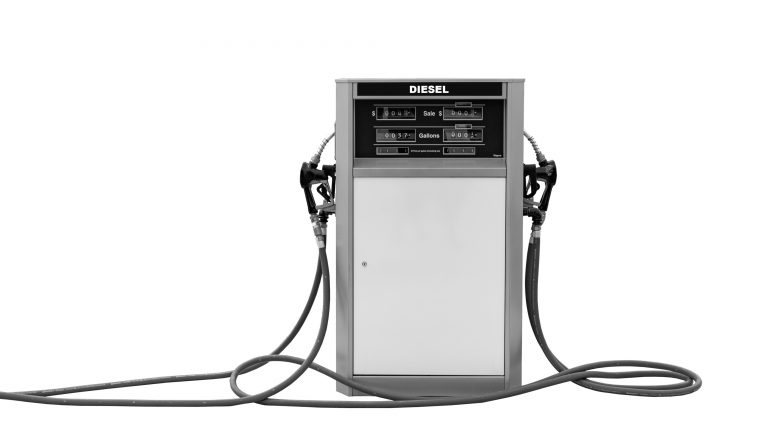