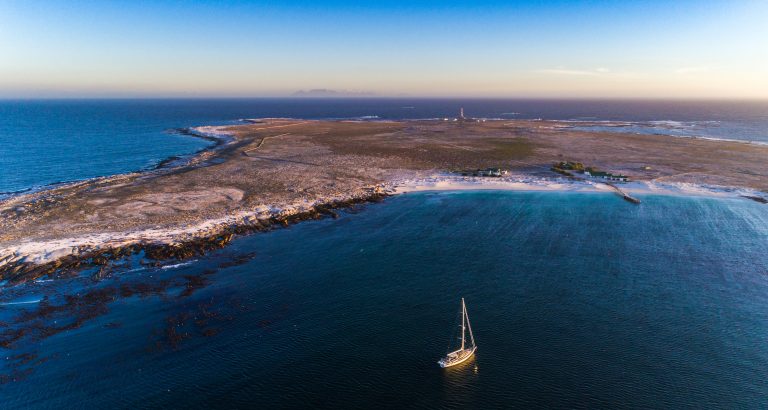 Ten of the worlds greatest anchorages

All cruising sailors have experienced an anchorage which has made a lasting impression, whether it is in an exotic location, offered complete shelter from heavy weather or simply because the run ashore was unforgettable. This month we highlight 10 favourites from sailors around the world. All anchorages mentioned are suitable for yachts with a draft of 3 m or less.

Protection – Protected from all winds except due west. Flat calm

As you turn the headland and make way up the channel, you appreciate the safety and beauty of this anchorage. Named for the excellent honey from the waterside villager’s beehives, there are multiple spots which offer protection and good holding in mud. We anchored off the first village on the northern side. Not long after arriving, a couple of friendly local teenagers rowed over to sell us fresh mud crabs. They were delicious. Our best advice is to pour a sundowner and enjoy the beautiful sunset which floods right up the inlet, as the sun sets right in line with the centre of this wonderful anchorage.

The northern reaches of Madagascar around Nosy Be provide excellent cruising grounds with calm anchorages overnight and afternoon winds which are perfect for sailing to the next idyllic location. This is a must-visit island if you are planning an Indian Ocean crossing.

Sailing through the viscous sea was like nosing through a terrine as the stem of Sapphire, our chartered Beneteau 423, pushed aside a Sargasso of jellyfish.

Black and brooding under the grey cloud, the entrance to our anchorage was completely hidden by the fissured granite sentinel islet of Eilean Garbh, covered in mauve, dun and rust yellow fauna.

Not until we were about to ram the rocks did we see the channel in. Anyone watching from the Sound of Raasay would have seen the white sails and navy blue hull of Sapphire disappear like magic into the rock face of Rona as the secret anchorage swallowed us up completely. The fact a 42ft yacht could simply vanish like that was testimony to the shelter we enjoyed. The wind could blow from any quarter: our Brittany anchor would holdfast.

In this isolated spot I was reconciled to the fact that no watering hole ( pub) would be awaiting our thirsts, but I hadn’t factored in Bill Cowie, who manages Rona, which is privately owned. Upon hearing my whinge that our galley alcoholic provisions had run dry, he produced a bottle of white wine… and not any old wine, but a vintage Puilly Fuisse. He refused payment so promises of reciprocal hospitality were made if Bill ever made it down to London.

I asked him how he handled being alone;  ‘I have broadband internet, four channels of TV and books,’ he replied. A 21st Century isolation.

Rona, also known as South Rona to distinguish from its northern namesake, was, in the early 16th Century, the home of the Macleod clan who used Acairseid Mhor – known then as Robbers Port – as a base for piracy. It was bought by Danish businesswoman, Dorte Jensen, in 1992.

I could choose dozens of fantastic anchorages from the islands around Fiji but this one is extra special. The fully protected anchorage sits within a wide, pure white, sandy bay with a fabulous shallow lagoon at it’s head. Here we paddled the dingy around a maze of rocks, small islands and caves, sculpted by the wind and rain over millennia, into weird shapes. Many looked like herds of dinosaurs drinking from the clear waters of the lagoon. We spent many hours exploring.

On returning to Moonshadow, my yacht prior to White Dragon, we were met by the wife of the village chief who had paddled out to invite us ashore for a typical Fijian meal. Pork and yams wrapped in banana leaves were roasted in a pit filled with hot rocks covered with sand. We had brought a traditional gift of Cava for the chief which we drank with him while the food was cooking. Strangely none of us could remember returning to the boat at the end of the meal…

From Mawgan Grace of SV Adela

Protection – Protected from all wind directions

If ever there was a quintessential postcard Greek village, Poros would be it. Nestled on a small hill, Poros is located in the Saronic Gulf, about 27NM from Athens. Whilst there is plenty of quay space to moor stern-to, we would recommend a quieter anchorage as it can get very busy along the quay in high season, especially August.

As you approach, the first thing you will spot is the iconic 1927 clock tower which stands at the highest point. We would recommend walking up to take in the magnificent views at sunset before heading back into the town for dinner. There is plenty of choice when looking for a restaurant, especially when looking for fresh seafood. From here you can explore the many bays the islands have to offer and it is a stone’s throw to the ancient Corinth Canal, just over 30NM to the north-west. Due to its vicinity to Athens, it’s a good spot to meet family and friends who fly in and can jump on a ferry to the island.

From Brian Trautman of SV Delos

Protection – Protected from all directions

A picture-perfect anchorage nestled near Vinalhaven, on the larger of the two Fox Islands in Maine, USA with stunning views and 360 degree protection. Enjoy the peace and quiet and nature all around you.

As a conservation area with outstanding natural beauty, it’s a great place to go ashore and enjoy some wonderful hiking, biking or bird watching. A kayak is also a great way to explore this beautiful archipelago. There is moderate cell service available.

Seabed – Sand and a mooring buoy

We anchored at the heart of an archipelago of 365 strangely-shaped ‘islets’ which comprise I’lle des Chausey, they have provided cartographers with a significant challenge in charting it as well as some dramatic imagery. There’s ‘The Elephant’, which is clearly recognisable as a trumpeting African mammal with its trunk curled back over its head. There are The Monks, a group of bald-headed boulders hunched in habit-shaped sides. There’s The Bulldog, Tortoise, Robinson Crusoe, Artichoke, even The Motor Car. Most are covered at HW in fact only 52 remain with their heads above water, as this place holds the European record for range of tide: 15 metres. At LW some rocks grow as high as five-storey buildings as 5,000 hectares of water drain away twice a day.

Our boat, Arisaig, a Nauticat 33, looked like she was anchored in the Grand Canyon at low tide as we went ashore to the Siren pub, on the walls of which hang the watercolours of the famous French yachtsman, Marin Marie, who lived here until his death in 1987.

In a stone-built public lavatory, I noticed that seaweed grew up to waist height on its walls, being flushed twice a day by Channel seas.

The lighthouse lenses were stolen by the Nazis in World War II and locals told us the replacements are not as good. Meanwhile, the mid-19th Century fort, built to temper the raids of English blockaders, is now used for the island’s main industry: lobster pot maintenance, which probably proves more effective in tempering the visits of foreign vessels…

The Isles des Chasey were regularly occupied by the English, raided by pirates and taken back by the French. During the division of Normandy in 1204, England was given Alderney, Guernsey, Jersey, Sark, Herm and the Minkies, but for some reason the Isles des Chausey were put under the Tricolour.

From Kevin Ward of SV Canace

Protection – Protected from all winds except north-west

The rugged west coast of South Africa is not littered with safe anchorages but the northern bay of Dassen Island is a great sheltered spot in most wind directions. The low lying island, situated about 32NM north of Cape Town and is a good stopover on your way to Saldana. The island is off-limits except for the researchers that study the resident bird colonies, however, visiting yachts are welcome to anchor in the bay. The island holds a beauty in its rugged, windswept terrain and a few old shipwrecks are being claimed by the island they now call home.

Dassen is said to be one of only two places in the world to have a strange phenomenon. In the daylight you will notice a black haze in the water. This haze is made up of many tiny black shrimps which come and eat the marine growth on your hull. Within 2-3 days, the hull can be completely clean. The only other place in the world recorded to have these shrimps is Brazil.

Protection – Protected from all winds except North West

After many days exploring the huge inlet of Whangaroa by dinghy, we sailed across the narrow straight to Stevenson’s Island as a pod of dolphins joined us. This is not unusual in New Zealand, but what made this occasion so memorable was that the pod stayed with us as we boxed, then dropped the anchor. Happy our anchor was set, they began an amazing show, jumping 20 feet in the air right alongside Moonshadow. They were jumping, spinning, backflipping and side splashing and, as the show entered its finale, pairs of dolphins jumped clear together, passing over each other or head butting! The show ran for over an hour before they left to find another audience. I then dived to catch two good-sized crayfish which we cooked for dinner. As the sun dropped down, I thought life doesn’t get much better…

From Brian Trautman of SV Delos

Protection – Good protection from E, SE, and even a little bit of N directions. Flat calm, no rolling here!

Located in the most remote part of The Bahamas in the Ragged Islands. Cool “cruiser run” yacht club on the beach with shade, BBQ, and plenty of cruiser maintained hiking trails. Amazing swimming, hiking, and snorkelling.

There is good cell phone service from Duncan Town. One of the most picturesque beaches in The Bahamas.

Here’s a video we made about it:

Seabed – Good holding in sand, anchor and moor stern to

Protection – Protected from all wind directions

In truth, we could have selected many anchorages down the Turkish coastline. Before sailing the region, I had only considered the Greek islands which do indeed offer great spots to sail and stop, however the Turkish coast is littered with perfect sheltered anchorages. Many of the anchorages boast an ancient castle or ruin and a great restaurant. This region is also incredibly cheap to cruise when compared to the western Mediterranean.

The islands around Göcek are especially beautiful and with the relatively close proximity to the small pretty port, it is a great place to meet family or friends who can fly down to the nearby airport of Dalaman. The spot we chose was far enough from the town to be very quiet, with beautifully clear water. 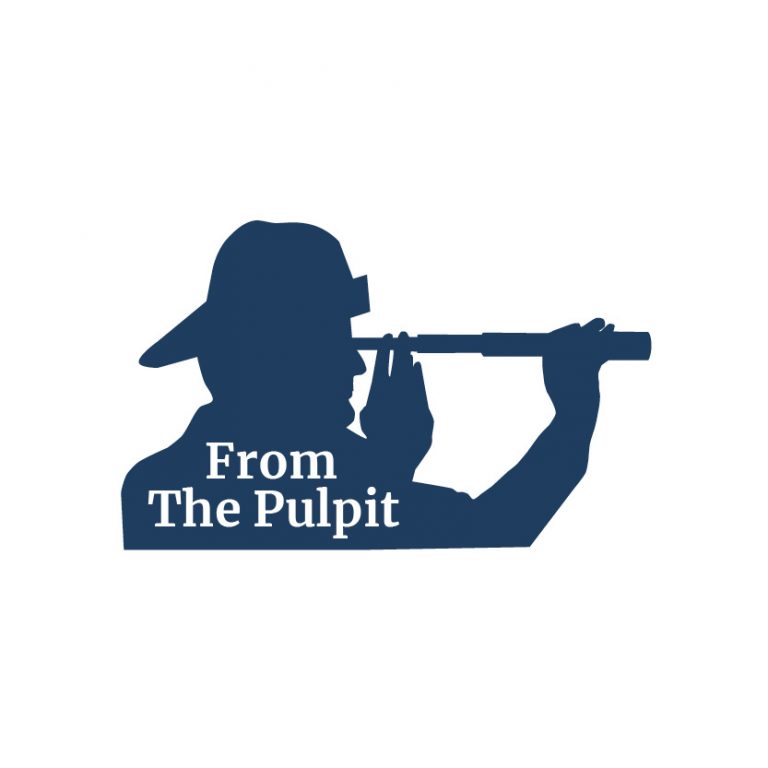 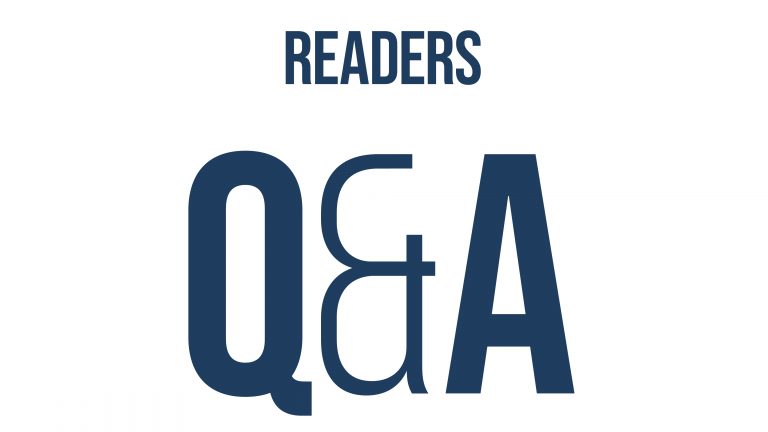 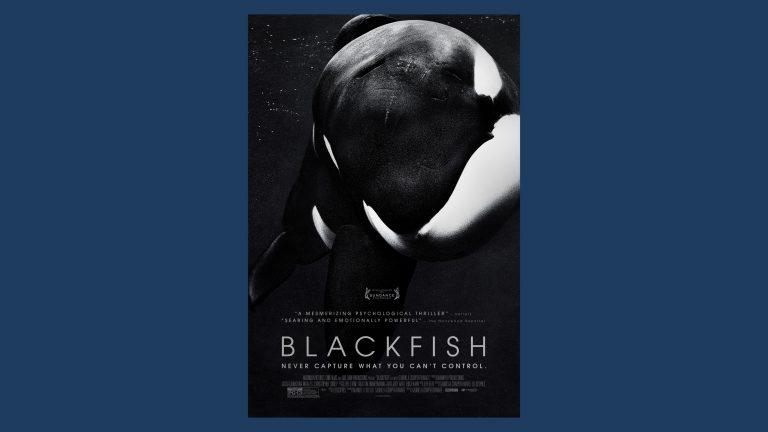