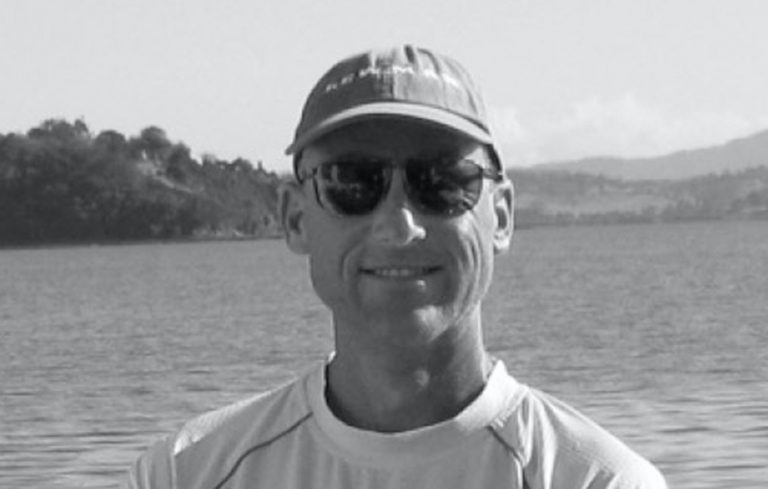 Award-winning naval architect Kevin Dibley, the man who made the Kraken wake, tells Dick Durham how

Unlike many of our clients Dick Beaumont is a sailor with a very clear idea and practical analysis on what is right and what is wrong in a blue water cruising boat. It is our job initially to pay attention and we use the old saying of: ‘We have two ears and one mouth’ so that we can listen twice as much as we speak. The initial briefing resulted in a multiple page document of wants, needs and expectations.

From this we spent a few weeks producing a preliminary design showing Accommodation, Deck, Sail Plan and general hydrostatics. During that time, we had a 3D hull model produced as well so that the general hydrostatics could be confirmed and fine tuned. If it is a racing yacht, there are clear performance numbers that must be achieved and so we work through multiple hull shapes until we get 80% there in terms of displacement, sail area and performance.

With an ocean cruising yacht such as the Kraken fleet, we generally concentrate on the accommodation layouts and work out what is possible and what not within the perimeters we are limited by in terms of length, beam, and draft.

Once we had the preliminaries completed, we thrashed out the fine details via Skype or Facetime and we shared computer screens. Often it’s only later in the build times that we get fly out to the projects and meet the clients face-to-face.

I first met Dick in the flesh when he sailed into Auckland, New Zealand aboard his boat Moonshadow. At that point we already had the Kraken 66 design in build and we were well into the early versions of the K50 and K58, so the professional relationship was forged.

We spent time together going through the designs in more detail and concentrating on Dick’s philosophies of the pros and cons of current design.

There is a drawing method that uses a Design Spiral. In essence this means that every change made has a domino effect on other areas that will also then need updating. Basically you start on the outside of the spiral and every time a change is made you go through the full spiral circle and end up at the discussion point again. You keep doing this until finally you end up in the middle with the client happy, the project workable and the design more or less completed to perfection.

The stages are as follows:

The brief is probably the most important part of any design project as it is the foundation of the project. Dick had a very good and solid brief. Dick and I work well together because we are both yachtsmen, both have sailed offshore, and his beliefs on what makes a perfect blue water cruising yacht are not very different to mine. Thinking outside the box is always something that I have strived to achieve as it provides the opportunity of standing out from the competition, and sometimes giving us a unique design edge. Rarely though do you come up with something that is completely new and has not been done in one form or other in the past. The Zero Keel, however, is the exception to that rule. This is a fully integrated hull and bulb keel construction unique to the Kraken fleet. This is the Kraken philosophy which all comes down to Dick Beaumont’s thousands of miles of off-shore sailing experience.

Alongside the Zero Keel, by using our racing yacht design skills and mind- set many other features are more performance orientated and efficient. No one wants to sail on a slow yacht, so if we can have all the features of Dick’s perfect blue water cruising yacht combined with one which sails well on-and-off the wind. This gives the client back the real joy of sailing in complete comfort and safety, which makes it a win-win for everyone.