Delos’ film-makers Brady Trautman and Alex Blue took 20 cameras into the Arctic to produce an award-winning four-part documentary. They talked to Ocean Sailor about their adventure.

Svalbard was, until recently, a dreadful example of a near-pristine natural microcosm that civilised humanity began to destroy from the moment it arrived there. Killing the fauna, laying waste to the flora, and exploiting the natural resources, leaving a wasteland where once there was paradise.

It was only when the tourist industry, that used Svalbard as a base, started to be affected by increasing pollution that governmental and commercial bodies developed a commitment to protect the natural environment.

Fortunately, the scars of multinational violation are now healing and the ‘Gateway to the Arctic’ is recovering its former pristine status, albeit slowly.

People from many nations have left their mark on Svalbard: Dutch, English, Norwegian, Russian, and Soviets even; the northernmost statue of Lenin is to be found here.
Beginning in the early 17th Century, the whalers came to this Arctic archipelago, then the walrus hunters, followed by the polar bear and fox trappers.

When coal was discovered under the blood-stained ice, switch-blades were swapped for shovels at the turn of the 20th Century and ironically, in the light of fossil fuel’s role in global warming and ice melt, is still extracted to this day. Thanks to the shrinking ice fields, more than 100 cruise ships now visit these mountainous Norwegian islands every year.

In 2020, making the lightest ecological footprint in this fragile wilderness, came eight sailors aboard Isbjorn, a classic 1972 Swan 48 designed by the legendary Sparkman & Stephens.

At just 600 miles short of the North Pole, with an air temperature of 5 degrees Celsius and a water temperature three degrees less, in high summer, circumnavigating Svalbard is not for the faint-hearted sailor.

“The Arctic will kill the unprepared, it’s an intimidating place to sail,” said skipper, Andy Schell, of 59-North.com as he welcomed aboard the film crew from The Delos Project.

Before embarking, the film’s producer, Brady Trautman, 34, hired a bolt-action rifle from a local gun store. This is mandatory in Svalbard to protect tasty humans from hungry polar bear attack; the last one being in 2018 when an armed guard, protecting tourists from a cruise ship, shot and killed one of the largest bear species on the planet.

“When the ice-sheet retreats in summer the polar bears get left behind,” Alex, 31, told Ocean Sailor, “and they are very hungry.” She and Brady filmed a mother bear and her skinny cub feeding on paltry left-overs from the previous winter at Virgohamna.

Victualled with 432 meals for the 18-day circumnavigation of the ‘Gateway to the Arctic’, Isbjorn was a “sweet boat and a perfect ride,” as Brady described her. With her fine ends, beautiful sheer, deep forefoot and hint of tumblehome, watching her sail is to witness majesty; she lifts over the swell with effortless drive, providing a quartering wave that displays the hydrodynamic intellect of Olin Stephens’ favourite design.

An overnight anchorage in these parts necessitates an anchor watch fending off bergy bits (small icebergs) with a boathook, and having an anchor rode instead of chain so that it can be cut if the ice sets in. Off Pyramiden, a ghostly, Chernobyl-like, former Soviet mining town, now abandoned, its school, nursery and swimming pool eerily left open to the elements, Isbjorn, found herself on a lee shore with ice-floes building and so departed rapidly.

The team’s drone footage of melting glaciers is alarming. “Calving is natural but the speed that it is now happening is not,” Brady said after meeting researchers at Ny-Alesund.

The team did not discover until later that in 2020 Svalbard was to claim the highest temperature ever recorded in the ‘European’ Arctic: 21.7 degrees Celsius.

At one point during their documentary tour, the crew were called on the VHF radio by an officer on the bridge of a cruise ship and told they were “breaking the rules” by getting too near walruses to film them.

Such an admonition was brushed off by Brady’s brother, Brian, who said disgorging 200 passengers on an Arctic beach from the decks of a cruise liner was a greater act of violation than the light touch of eight yachtsman from a sailing boat.

“People with commercial interests think they own the place…it leaves a negative feeling.”

The most dramatic footage is of two pods of beluga whales taken from a drone. They look like a shoal of white bishops from a chess set as they glide through the icy blue water. The team used hydrophones to record the whales’ communications which sound like tweeting birds, which is why they were known as the canaries of the sea.

Crew member, Kril Dobrev, said: “They were singing, talking, strategizing. It was like something out of Avatar.”

Alex, who with Brady, runs the Cruisers Academy sailing school at their home in Lake Tahoe, California, told Ocean Sailor: “We later contacted a whale scientist and he told us that to see two big pods like we did was incredibly rare.”

The mountains of Svalbard, are striated with strangely symmetrical ice lines making them look like Fair Isle pullovers and beneath these black peaks, above 80 degrees north, the Delos crew bravely took a ritual quick dip in the freezing waters.

“Normally we are in shorts,” Brady told Ocean Sailor, “up there we were wearing five layers!”

In the videos, crew members each give their testimony of high latitude sailing against a backdrop of old tyres and pallets, to show Svalbard is still very much a working community.

Brady summed it up with: “The Arctic is addictive.”

With 600,000 subscribers and three million viewers a month, the Delos sailing team are making waves, not just on the ocean, but on the net.

800 North: Sailing on top of the World

This four-part documentary was made in conjunction with 59-North.com 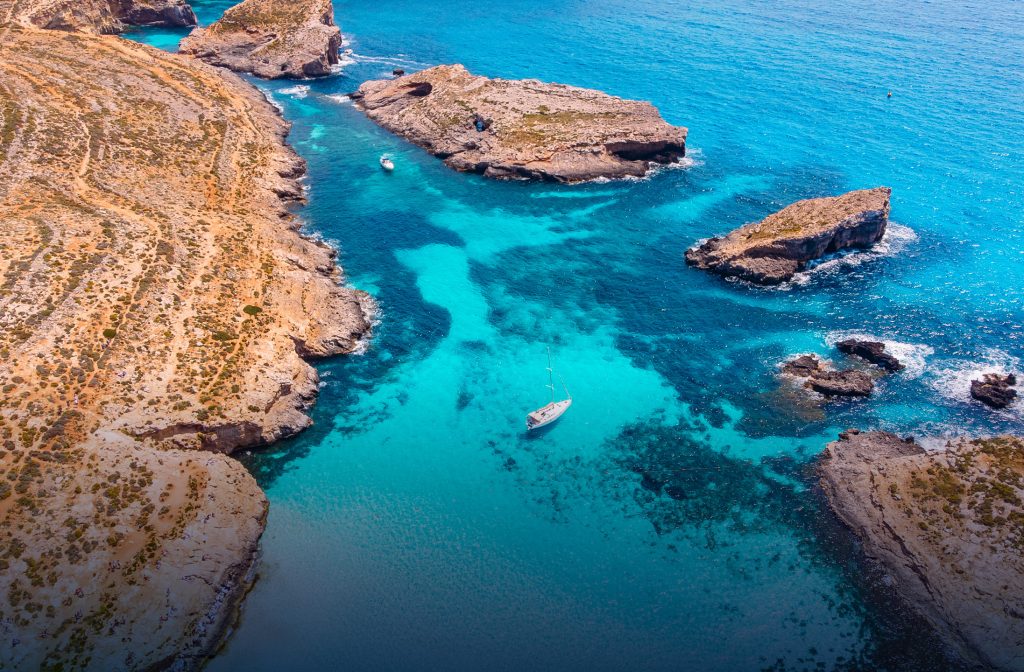 Malta – The Island With A George Cross 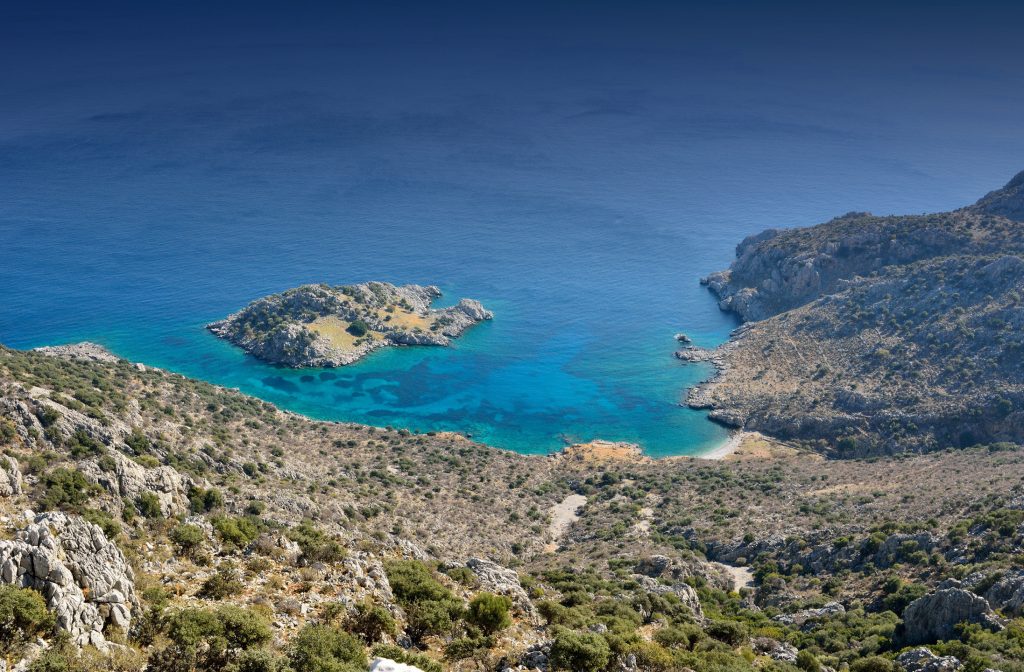 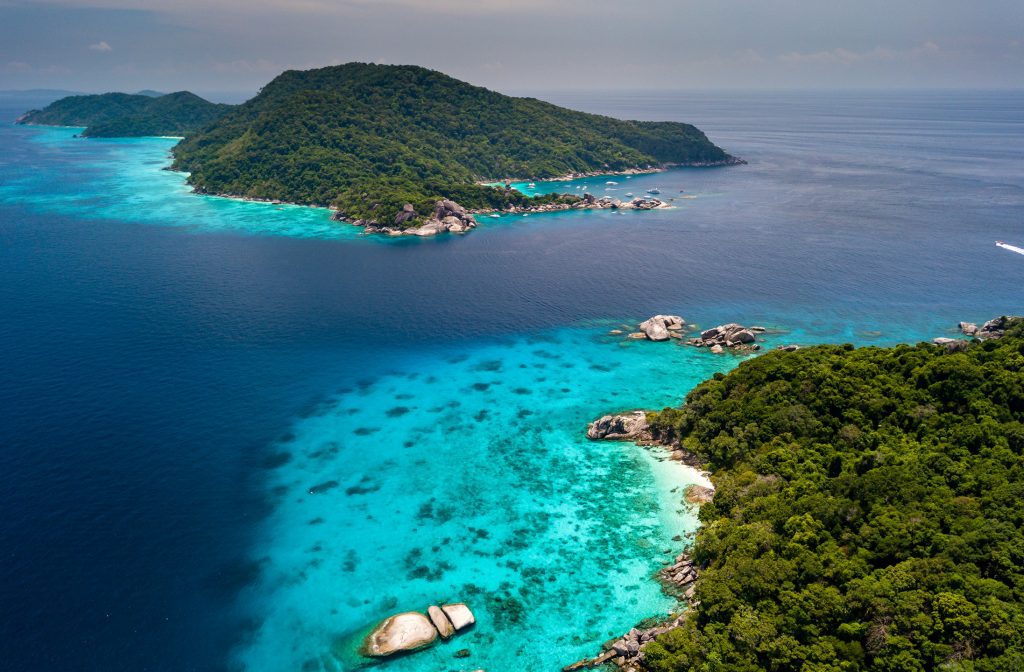 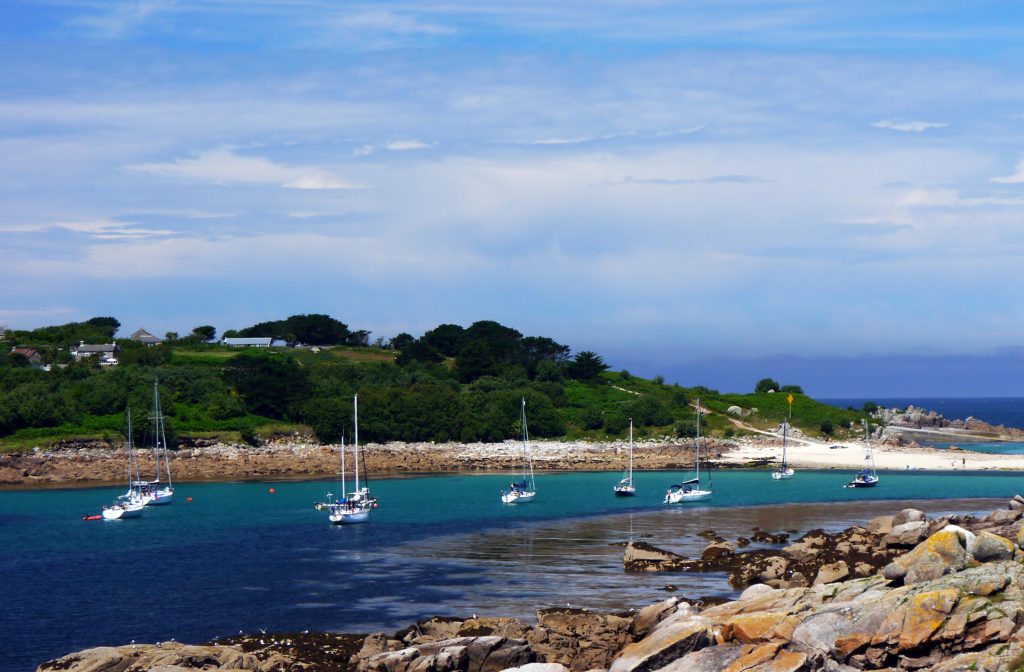