Before setting off on any offshore cruise it is essential to understand, in depth, the vagaries of the world’s weather systems and ocean currents. All sailors must be able to make their own decisions independently of any route planning services or pilot book.

They must develop their own voyage and passage plans, and will feel empowered once they have seen their calculations at the chart table pay off in practice.

A single trip from A to B is a passage. A voyage is a series of passages linked together over several months or even a year. In military terms a passage is a tactic, a voyage a strategy.

The first step is to decide where you want to go, the weather and climate will dictate when you can go.

All three of these are just regional names for the same weather systems, namely intense depressions.

The primary consideration when planning an extended voyage is knowing your entry and exit times for a given cyclone area, so developing a ‘helicopter view’ of the whole voyage and the no go areas and times, is essential.

For instance, if you want to be in the Caribbean and sail the Windward Islands and the Leeward Islands there’s no point arriving there in May, as the hurricane season begins at the start of June and lasts through to end of November.

Instead, you need to arrive there in early December and depart by mid-April. If your voyage plan is from Europe to New Zealand, and includes the Caribbean you have to get from the Caribbean through the Panama Canal, but the earliest you can arrive in the eastern South Pacific cyclone belt is around mid-May and you’ll need to depart from the western side of the South Pacific cyclone belt by mid-October. So working backwards, if you are starting out from Europe you need to leave the Canary Islands at the end of (the previous) October.

It’s worth noting that, although rare, hurricanes, typhoons or cyclones can and do occur well outside their prescribed ‘season’ and area. Due to global warming violent storms both inside and outside of the season’s ‘slot’ are increasing and cyclones are occuring outside of the recognised cyclone areas.

Five years ago on 25th October I was anchored inside Kapingamarangi Atoll in Micronesia on a voyage from New Zealand to Hong Kong.

We were a long way below the cyclone belt in an area that was considered safe from cyclones, however, on checking the grib file weather charts that morning I noticed that east of our position the isobars were unexpectedly close together, so I checked the next area even further to the east and to my horror saw a cyclone heading our way.

I went ashore and warned the villagers then reluctantly weighed anchor and headed out to run further west to keep four days ahead of the cyclone affected area.

That cyclone was heading due west but was forecast to swing north the following day. Instead it just continued to head due west. We kept three or four days ahead of it as we hurried across Micronesia.

Our original passage plan was to go to Yap, which was further west and a little north of our route, but we erred on the side of caution, missed Yap and went west and south instead, to Palau. The cyclone went right through Yap flattening the villages and devastating the island. If you check you’ll find that cyclones are expected to pass well north of Yap.

To make the best use of a fair breeze you will require a wind pilot for the ocean or area you will sail in for the months you will sail there.

This wind pilot (as below) covers the Atlantic Ocean for the month of October, by zooming in you will soon be able to understand where your course must take you to take advantage of the prevailing wind at this time of the year. Wind Pilot charts covering the whole world’s seas and oceans can be downloaded free of charge, surprisingly, at offshore.com/navigation/pilot-charts.php

In an open ocean there is an enormous difference from sailing with a 35 kt wind behind you and sailing against it. Sir Chay Blyth did make a circumnavigation going the ‘wrong way,’ but this was a stunt voyage to break a new record and nothing to do with cruising.

It’s vital to plan voyages not only to take advantage of trade winds and prevailing regional winds, but considering when and where there is a high expectation of calm or light winds.

It’s a common mistake for a less experienced skipper to head out when the forecast is for very light winds to ensure an easy passage, however, many yachts, other than Krakens, do not carry sufficient diesel fuel to run for more than three or four days of motoring. Therefore setting out with light or variable winds can be a frustrating and expensive mistake.

A full explanation is of how to use the info on the wind rose is given on each wind pilot chart. This example shows the prevailing winds are East or North Easterly, and the most common wind strength from these directions is force four, since each feather segment on the wind direction arrow represents one force of wind. The number four in the center is how many days a month it is dead calm.

It must be understood that whilst the wind will most regularly blow from the east or north east, in this area, in this month of the year, it is by no means guaranteed that it will, and, as the rose shows, for several days a month it may blow from any other direction.

Climate at your destination

Although these currents generally run constantly in the same direction, they do strengthen or weaken at seasonal times. It is essential you know when they are with you or against you.

I hope this gives the reader an overview and will encourage skippers and their crew to understand what they need to know, so they can plan for themselves.

Information is readily available on the web, and Wikipedia and Noonsite are particularly helpful, but there are many other websites, some of them government run cyclone watch sites, that will assist the sailor to make his or her own plan.

In developing a voyage plan, you need a Plan A, Plan B and Plan C. No matter how committed and determined you are, there are many unforeseen situations that can come along to derail you, so having a pre-planned alternative and bolt holes along the route is very desirable, if possible.

I knew one blue water yachtsman who was in Phi Phi Don, in Thailand when the tsunami hit and after this life changing event he said he never plans anything more than a few weeks in advance. Whilst such a mind set, is understandable, in reality you have to plan months in advance to take into consideration the factors I’ve mentioned above, however, I think his philosophy is sound; to make plans with a relaxed attitude, accepting that they can radically change at any time.

The current Corona Virus pandemic is a case in point. Yachts have been restricted or even impounded upon arrival at a foreign destination. In some cases this has resulted in crews being unable to depart cyclone or typhoon areas at the correct time.

So plan certainly, but understand that it cannot and should not bea certain plan. 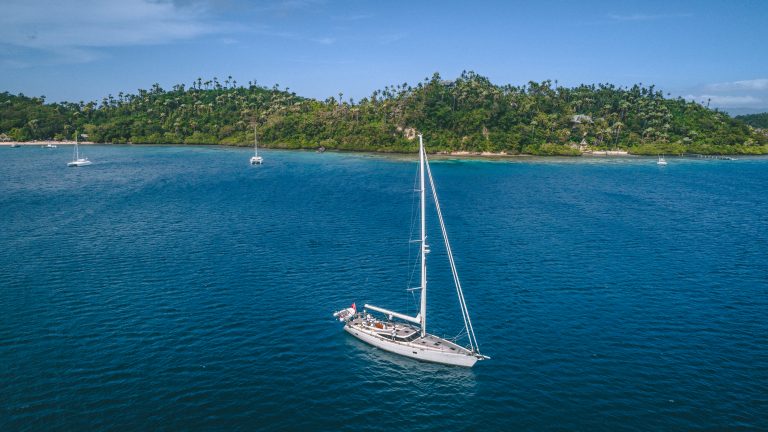 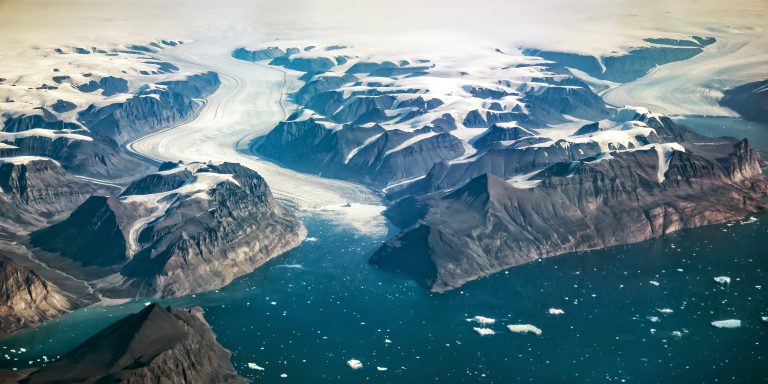 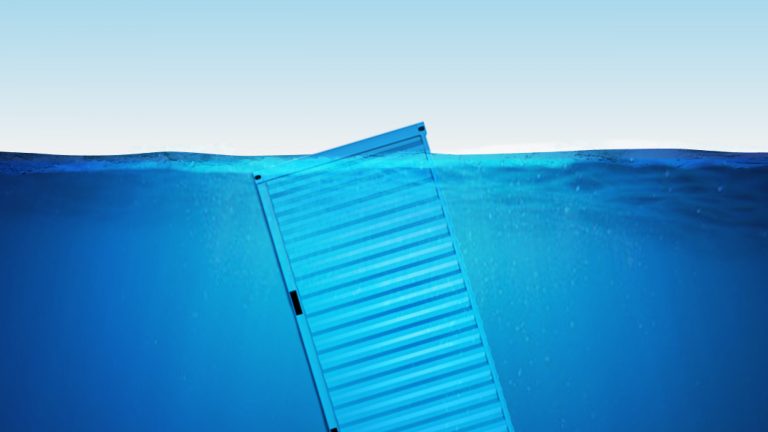