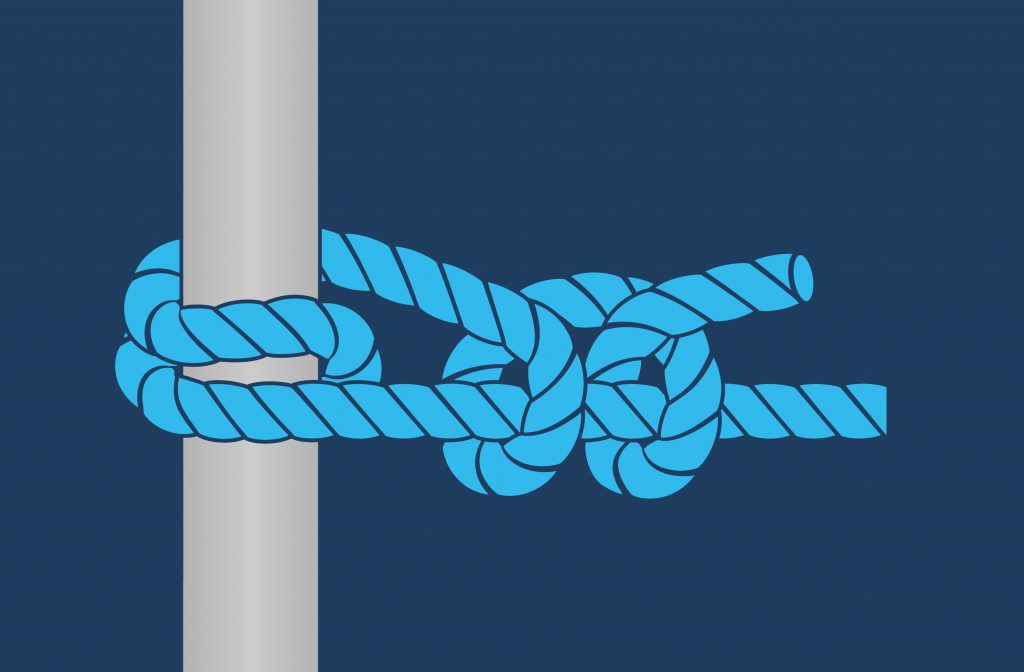 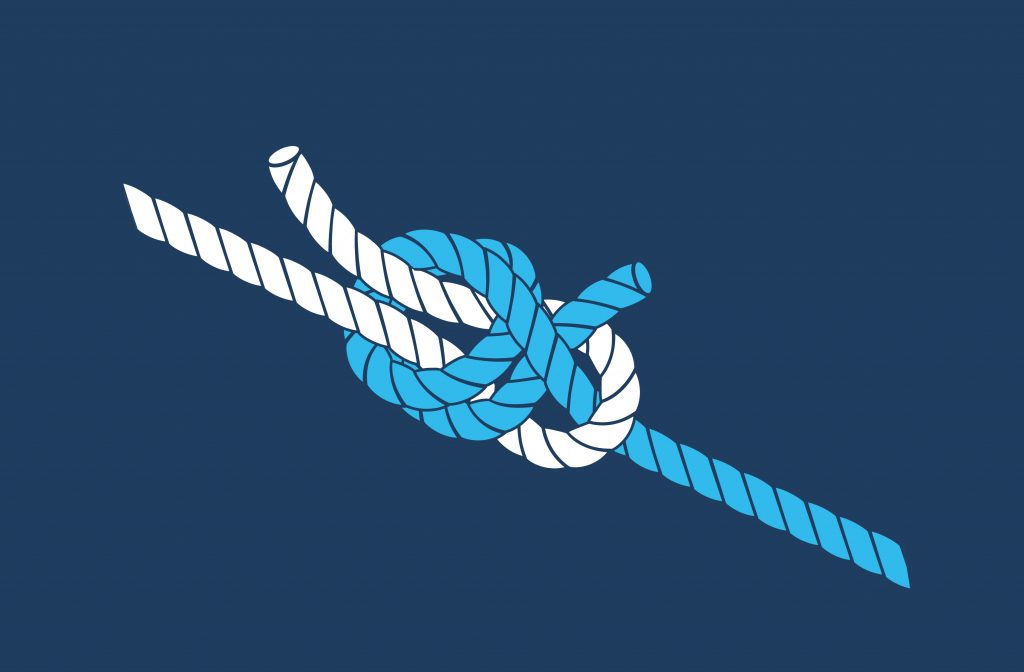 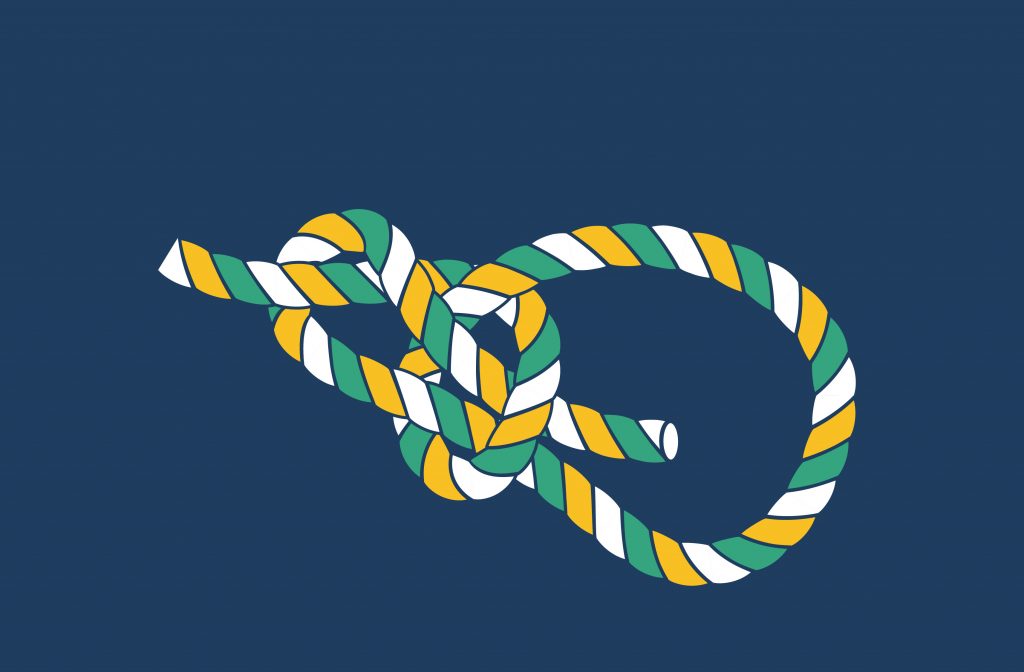 The bowline is the quintessential knot for sailors and should be in every repertoire. It is an ancient and simple knot used to form a fixed loop at the end of a rope. It has the virtues of being both easy to tie and untie; most notably, it is easy to untie after being subjected […]

Figure 8 on a Bight 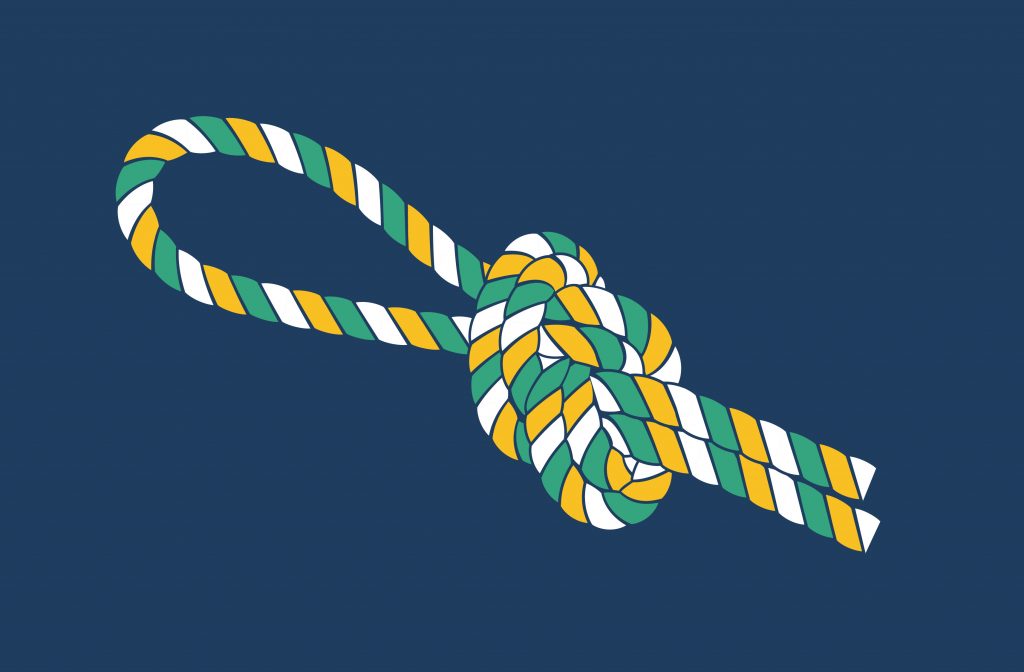 A figure-eight on a bight is a large knot with relatively gradual bends (as compared to an overhand), and is easily recognised by the tell tale “8” shape. It is used to secure a bight in the end of the rope. This knot is commonly used to “tie-in” to the rope. 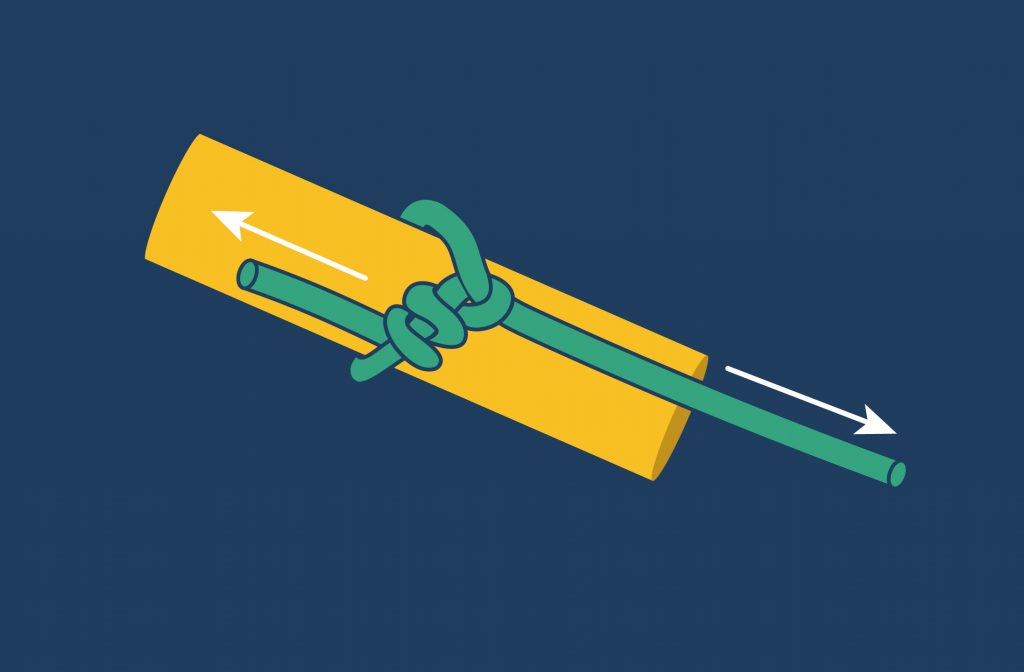 The timber hitch is a knot used to attach a single length of rope to a cylindrical object. Secure while tension is maintained, it is easily untied even after heavy loading. The timber hitch is a very old knot. It is first known to have been mentioned in a nautical source in 1625 and illustrated […] 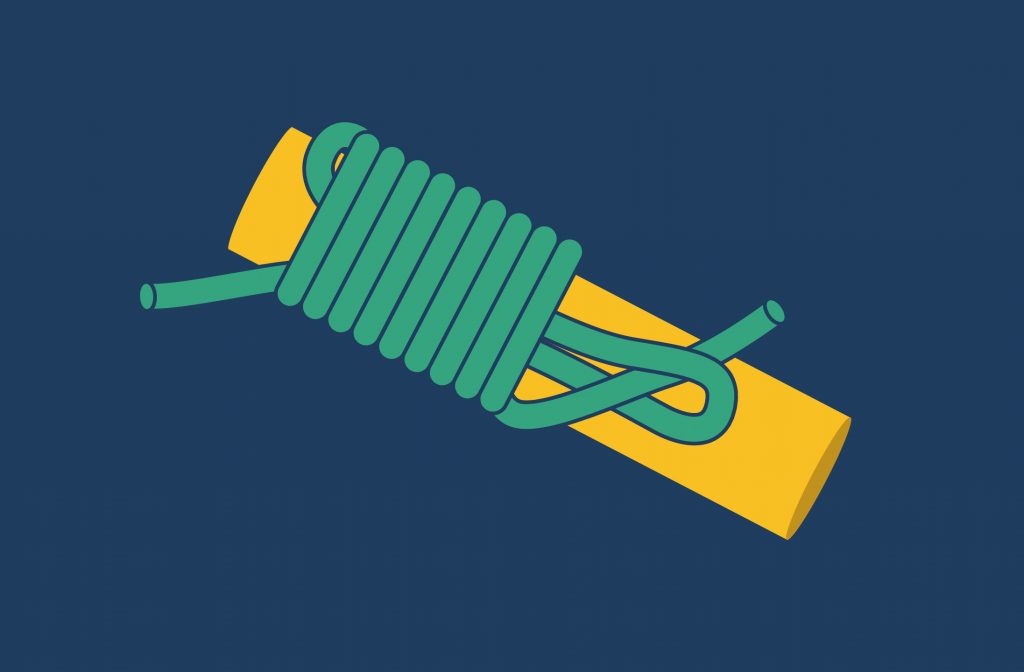 A whipping knot or whipping is a binding of marline twine or whipcord around the end of a rope to prevent its natural tendency to fray. Whipping is suitable for synthetic and natural stranded and braided lines, including 3-strand rope, 4-strand cable and 8-strand multiplait, as well as concentric and braided constructions. 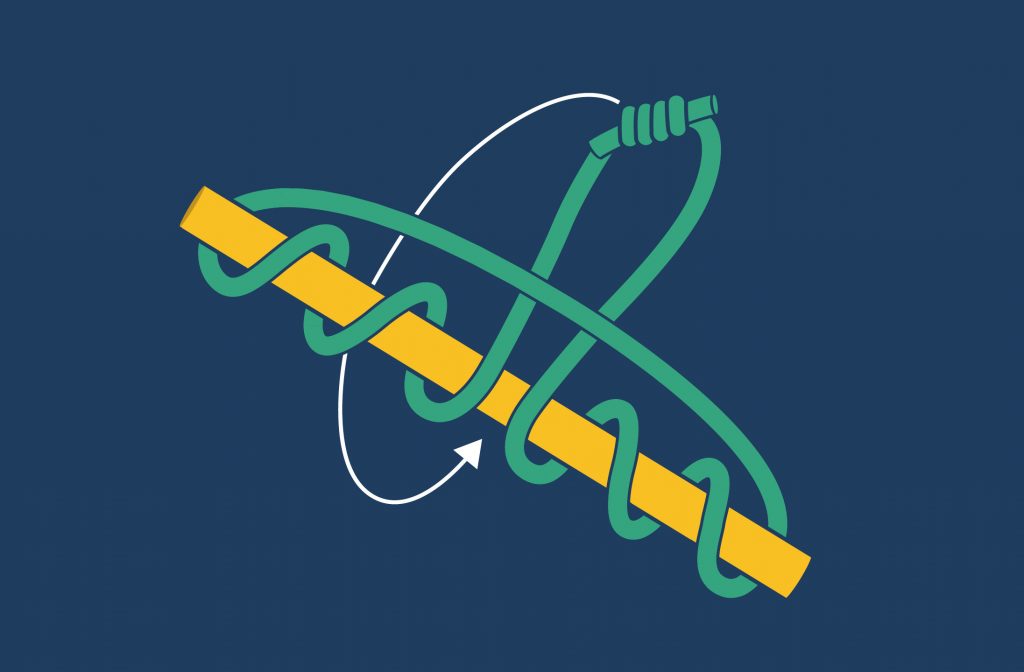 This very useful knot comes from the mountaineering world but has many uses for sailors as well. It’s a non-jamming friction hitch. It’s very simple to tie but requires a purpose made loop from a smaller diameter rope than the one you are tying onto. Once the knot is tied you can slide it up […] 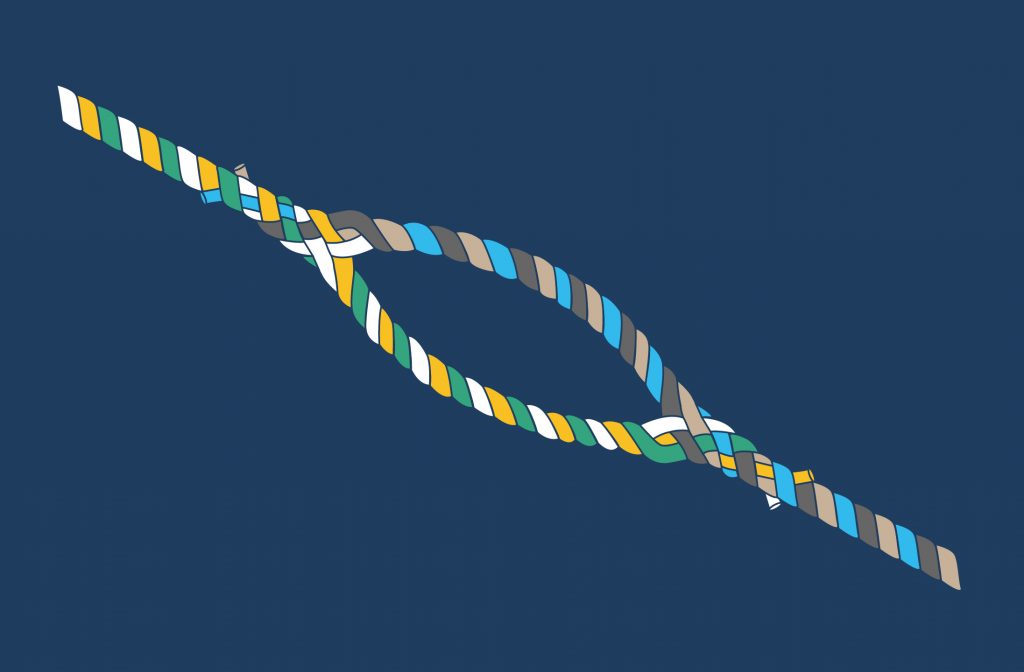 The original name of this splice included the letter ‘n’! I first discovered it, with its unexpurgated original old english spelling, whilst reading Patrick O’Brian’s Master and Commander fantastic 22 book series. We are featuring the first of his novels in the series in this month’s Mariners Book Shelf. It’s an excellent splice for creating […] 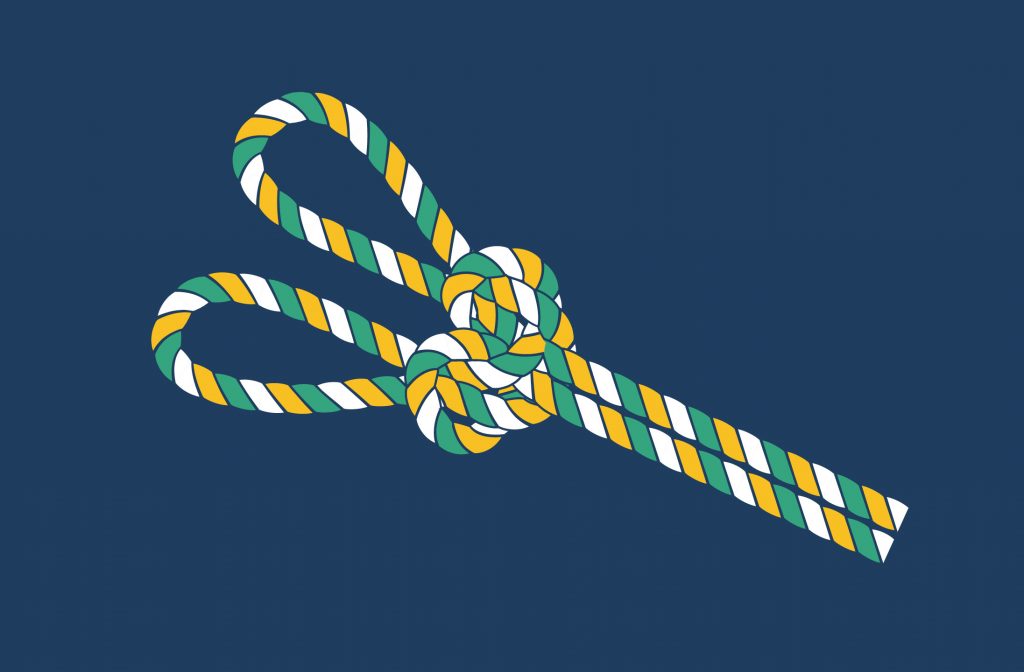 This knot is excellent for creating a ladder or step up if you need to scrabble up onto the boom or higher. It is also very handy for helping those less flexible to board the yacht from a side-on pontoon. It’s also very good for recovering crew from the water if they are tired or […] 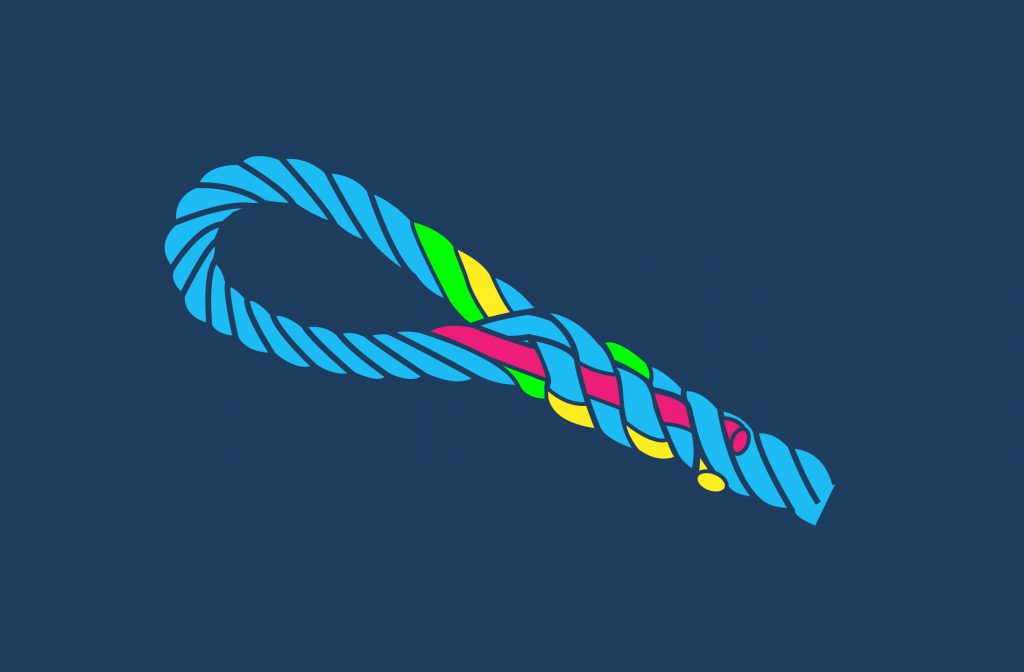 1) Make a generous loop in the rope you will use, size according to purpose. 2) Use electrical tape to create two bands around the rope to stop it unravelling more than you require. 3) It’s all about starting right, if it looks untidy and not uniform it’s wrong. No two strands should be passing […]