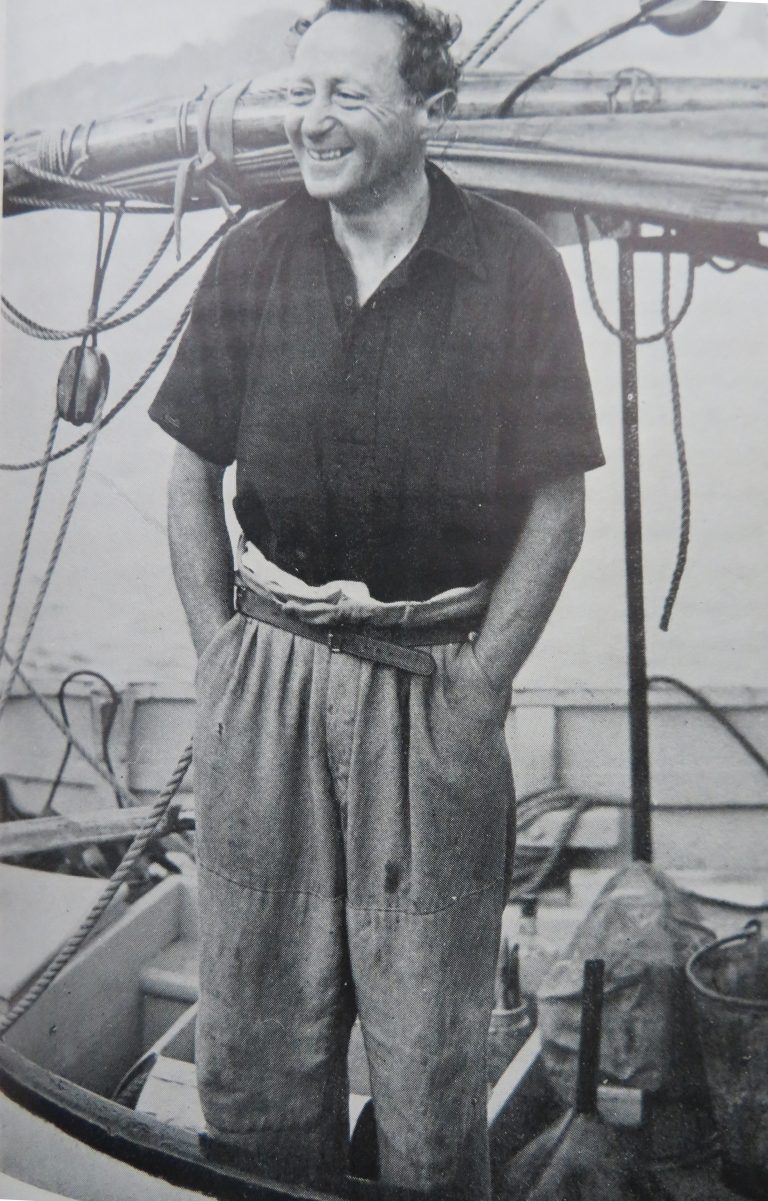 FIRST IN AN OCCASIONAL SERIES OF YACHT CLUBS & INSTITUTIONS

You’d expect a club with so much saltwater running in its veins to have at least been born somewhere near the coast. The truth is that it began as an association of gentlemen from the UK’s City of Wolverhampton – not a well known coastal town – and it grew from there. The club was formally created in 1880 when this newish sport of going to sea for leisure was just emerging; until then you went to sea to fish or to do trade, or possibly race, but certainly not to ‘cruise’.

The club’s rules give a clue to its inspiration, and the rule is still the same today; ‘ …to facilitate cruising by amateurs in yachts, boats and canoes.’  Sailing canoes were, apparently, common in those days and the thirst for all styles of cruising had been created by the publication in 1867 of ‘The Voyage Alone in the Yawl Rob Roy’ by John MacGregor (pictured below).  This was an account of his 1,500-mile voyage in a 21 footer from Limehouse in London to Paris via the Seine. The book was a huge success and became known as ‘the book that launched a thousand ships’.

It certainly created a wave of enthusiasm for exploration in small boats, and while at the time there were coastal yacht clubs a-plenty, their principal focus was on racing. The Cruising Club (it’s original name) became the home for those who took their cruising, not racing, seriously.

That remains true to this day. There is nothing exclusive about membership of the RCC, only an ability to show that the idea of cruising makes your heart beat faster, that your ambition is always to see what lies across the horizon. In the words of those original rules, ‘..the furtherance of the best aspects of cruising under sail throughout the world in accordance with the highest traditions of the sea’.

Each year, the club publishes a journal, called Roving Commissions, in which members write logs of their voyages that season. Work your way through the volumes and it is like reading an entire history of cruising as you start to understand how cruising boats evolved, destinations became ever further afield, adventures more testing.  It is available for anyone to read online and contains every edition going as far back as 1883 (go to rcc.org.uk/publications). Have a look at that very first edition and you will see that canoes were even cruising the north of Spain. Read the account by Hamilton Williams and learn how he discovered a sailing canoe in Weymouth, christened it ‘Lout’, and set sail for Paignton.

If you work your way through the volumes – and I can promise you there is no more pleasurable way to spend a winter evening – you will soon start to spot names that rightly belong to the cruising hall of fame. Claud Worth was a member, an early vice commodore who made his reputation through his instructional books, notably ‘Yacht Cruising’ published in 1910, which further fuelled the development of the sport.

Eric Hiscock together with wife Susan more or less invented the idea that a couple of ‘ordinary’ sailors could set off and in safety sail all the way around the world.

Names leap out at you as you read the journals; Earl Brassey,  Mulhauser, Peter Pye, Miles and Beryl Smeeton, David Lewis and many others. The hall of fame continues to grow with many recent illustrious voyages to high latitudes and elsewhere, all by names which will, in time, be recognised as great contributors to the business of cruising.

Of course, it is not only a club for those who set themselves the greatest challenges. There are members who undertake cruises in home waters, but doing so in the spirit of those early members who simply wanted to go to sea. It makes the RCC a very broad church.

The RCC gives back to the cruising community through its charitable arm, the Pilotage Foundation. Consisting mostly of RCC members, the Foundation has made its task to publish pilotage material for those parts of the world which no commercially minded publisher would consider. There is never going to be a fortune to be made from publishing cruising guides to the Philippines, or the coast of Uruguay, but if the Pilotage Foundation senses a need then a member will be invited to compile an appropriate book. Of course, they cover more popular areas too, and a Pilotage Foundation book will get you safely all the way from Ushant to the Med, or up to the Baltic and Norway. There’s even a pilot for Cape Horn waters – I wrote it!  There is a wealth of world-wide cruising information at rccpf.org.uk

Everyone who belongs to the club is proud of its history and strives to maintain the standards that the founding fathers laid down. But we are all amateurs, we make mistakes like everyone else, but we all know that cruising is addictive and that’s what keeps the club alive.

Paul Heiney, 71, and his wife, Libby Purves, OBE, are both keen sailors, prolific authors and respected journalists. Paul has been a radio and TV broadcaster for more than 40 years covering stories for BBC Radio 4’s Today programme, as well as consumer programmes including You & Yours and Watchdog.

In 2005, Paul completed a solo transatlantic crossing in the OSTAR and wrote a book about his experiences, Last Man Across the Atlantic.

Libby, was also a long-time radio broadcaster, working as a reporter on the Today programme and hosting the BBC Radio 4 Midweek magazine programme for many years. She continues to write a column for Yachting Monthly and The Times and has written 12 novels.